In the exhibit we combined our documentary photo essay about the 'San Francisco Gay & Lesbian Freedom Day Parade: 1984-1990,' with portraits of LGBTQ teens who we did portraits of at 'The 20th Annual Hayward Gay Prom' on June 7th, 2014.

Our goal was to show what it was like 25-30 years ago when the gay community was marching for it's civil rights, fighting AIDS, and coming together as a community; and, what's it's like now for many LGBTQ teens who we found to be confident, open, and happy to be who they are. 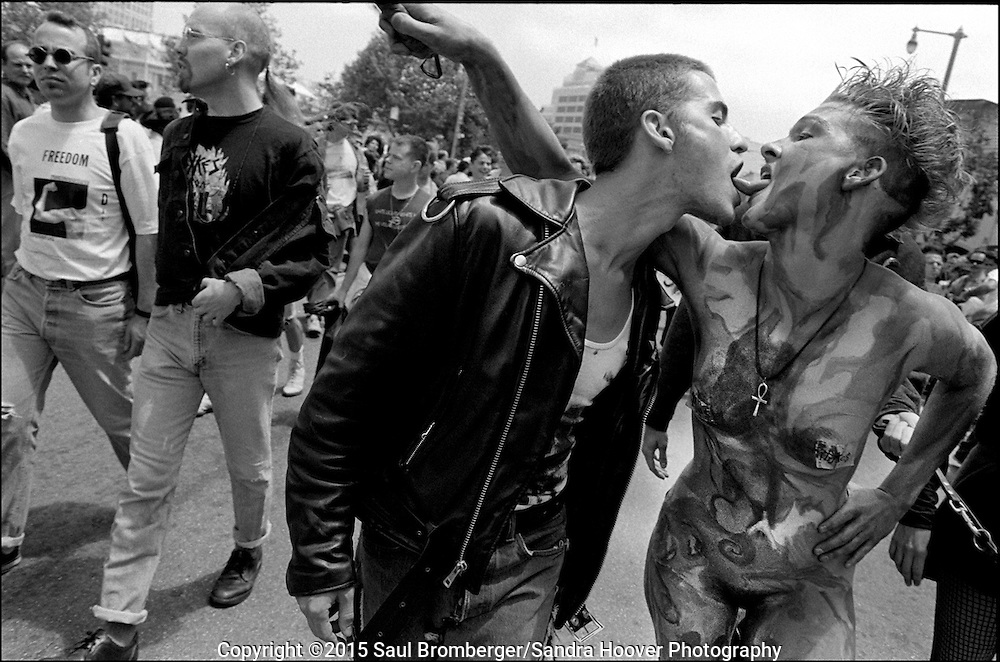